FREE SHIPPING IN THE NETHERLANDS!
LOW RATES FOR OTHER COUNTRIES!

The relationship between Panhard & Levassor and Citroën lasted a little over twelve years. To be more precise, from April 1955 to September 1967, when the last Panhard 24 rolled off the production line. The Panhard spirit, however, lived on at Citroën: the people and the know-how that came directly from the Avenue d’Ivry benefited the manufacturer on the Quai de Javel.

More than fifty years have now passed and it is time to look at the events objectively. Authors and Panhard connoisseurs Yann Le Lay and Bernard Vermeylen recount the fascinating history of the ‘marriage’ between Panhard and Citroën. A must for everyone who is interested in both brands, and for those who are simply curious about automotive history in general.

Preview this book by clicking the image below.

FREE SHIPPING IN THE NETHERLANDS!
LOW RATES FOR OTHER COUNTRIES!

There are no reviews yet. 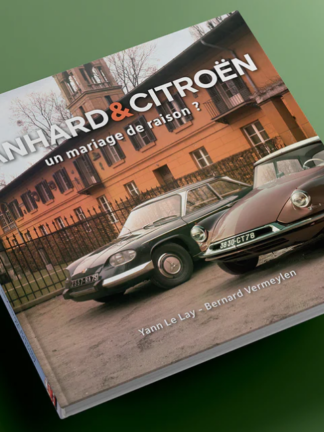